ROBOTIC JOURNALISM
AI in Film Industry
SOFIJA REDLICH
How technological innovations can change the future of cinema?
Deepfakes
When it comes to new technologies, the topic of artificial neural networks and artificial intelligence seems particularly important. Today neural networks can replace the background of photos and videos, recognize people by their walk, make them dance on video, etc. As for the field of cinema, the possibilities of neural networks for replacing faces are especially interesting.
The deepfake algorithm can replace people's faces in a way that they look naturally in motion. The algorithm uses a special library consisting of many different photos. It works like masks in Instagram Stories.

The creation of deepfakes caused a lot of controversy among the public especially in the ethical and legal aspects. However, deepfake has attracted a lot of attention to the possibilities of using it in film production. A Reddit user decided to "rejuvenate" Princess Leia Organa in the movie "Rogue One" (2016). He released a YouTube video that compares the two versions of Carrie Fisher.
Neural networks can already significantly reduce the cost of creating computer graphics. In the future, they will also be able to radically change the overall process of producing visual effects. At the moment the capabilities of ANN are not ideal, but it is possible that in a few years this technology may become an excellent option for low-budget films.
ANN and filmmaking
A project of an online media Ars Technica is a completely different, but no less impressive example of the use of neural networks in film production. A short film called "Sunspring" (2016) tells the story of three characters who live in the near future. The thing is that the entire script was written by an AI called Benjamin.

The bot was created by director Oscar Sharp and New York University computer science professor Ross Goodwin. Within just 48 hours Benjamin processed about 200 different scenarios of sci-fi movies and created his own. The result was an entertaining short film, the entire script for which was written by a neural network. This is undoubtedly impressive, but Ars Technica went even further.
The company improved Benjamin so that the bot could not just write the script, but create the entire film. The algorithm was provided with videos with actors in front of green screen, as well as a whole database with hundreds of different movies. In addition, the creators of Benjamin offered him input data for analysis:

Name: Zone Out;
Dialogue: They want to call it Adam. Seriously;
Action: The character holds the lens and turns it to reflect the bright light;
Scientific idea (Optional): A genetic virus that only attacks pregnant women.

So "Zone Out" was almost entirely created by AI. The bot independently wrote the plot, dialogues, and determined actors' facial expressions. Moreover, it voiced the characters, wrote musical accompaniment and made editing. Again, AI is still far from ideal, but this case shows new possibilities for using neural networks in movies. Neural networks are able to help directors, editors and screenwriters.
AI and Screenwriting
As it was said before it is highly unlikely that a bot like Benjamin will be able to film a high-quality movie in the nearest future. The major problem is the lack of creative aspect. However, an AI is able to make another important contrubution in the process of film production. By focusing on the storytelling metric it can maximize a film's potential for critical and commercial success.

Insight = Feature engineering: engineering story-based features (parameters that were created manually). It is only possible with hindsight and foresight put together that create knowledge used for decision making.

In an analysis of a sample of 50 films released in 2018 ScriptBook-solution was highly effective in eliminating those films that received a false greenlight by the industry. The industry gave false greenlights to 32 out of 50 films, while ScriptBook correctly identified 25 films out of this pool as box office flops. This means that AI decision support system can increase profit potential.
AI and Computer Graphics
Talking about cheap and efficient film production, let's look on an AI that is specifically designed for film and television effects. Arraiy is a computer vision and machine learning platform trained to rotoscope. It is the process of separating certain parts of footage from the background.

Rotoscoping by hand can take many hours, but Arraiy can do it in a second. This gives a filmmaker a chance to see how a finished scene could look before they even leave the set and it helps to avoid reshooting. 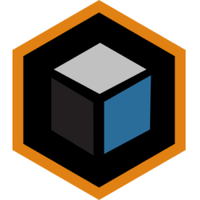 First Movie Trailer by AI
Last but the least, the last few words about AI and human emotions. Scientists at IBM Research have collaborated with 20th Century Fox to create the first-ever cognitive movie trailer for the movie Morgan. Utilizing experimental Watson APIs and machine learning techniques, the IBM Research system analyzed hundreds of horror/thriller movie trailers. After learning what keeps audiences on the edge of their seats, the AI system suggested the top 10 best candidate moments for a trailer from the movie Morgan.
ОБЩАЯ ИНФОРМАЦИЯ
СОЦИАЛЬНЫЕ СЕТИ
ПОДДЕРЖКА ПРОЕКТА
ОБРАТНАЯ СВЯЗЬ
Made on